The move was informed by recent killings of wild animal’s especially elephants and poaching of pangolins by community members in Chipinge in particular and Zimbabwe in general. Speaking during the community- stakeholder engagement meeting facilitated by CIASA, community members indicated that they had to protect themselves from wild animals hence had to attack before they are attacked.

Zimbabwe parks and wildlife management authority presented on the regulations and laws that govern protection of wild animals and endangered animal species in Zimbabwe which included the Parks and wild life Act that deals with poaching among other issues.

Zimbabwe Republic Police which presented after Parks indicated that of late have arrested a number of community members after they found them in possession of pangolins. They also echoed that illegal trafficking of endangered species that include pangolins that have emerged as one of the most trafficked mammals in the country was on the rise.

Community members also reiterated that were not aware of the laws and regulations that govern poaching and attacks of wild animals and that elephants and pangolins were among endangered species.

They also indicated that population explosion around the Save valley conservancy where they ended up clearing land to build homes and for agriculture purposes in areas previously reserved for wildlife promulgated attacks of endangered species.

Traditional leadership indicated that there was need for CIASA to spearhead the implementation of strategies to protect endangered species in Chipinge as cases of community members attacking wild animals’ especially elephants and poaching pangolins were rising.

The community-stakeholder meeting facilitated by CIASA sought to map advocacy and a robust collaborative strategies that will help protect endangered species.

Community members and stakeholders agreed to place community community monitors in the district with the help of CIASA to monitor human activities that will be likely to threaten endangered species. 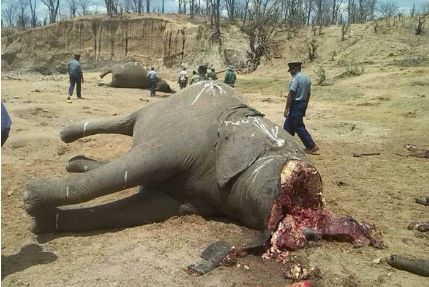 The Citizens In Action Southern Africa submitted a petition to the Zimbabwean Parliament on the 20th of July 2022 calling ...

TERMS OF REFERENCE FOR CONSULTANCY DEVELOPMENT OF A POSITION PAPER TO THE PROPOSED PRIVATE VOLUNTARY ORGANISATION (PVO) AMENDMENT BILL Introduction ...